The February 2019 meeting of the Giles Group was also the AGM, where the financial performance over the 2018 year was discussed.

The overall spend for the year was £1115, in fact just £7 less than last year. The income was approx £130 more than in 2017, but this included two separate donations from the New Alresford Town Council, of £325 each – these payments replaced a similar level of support from other bodies, classed as ‘Donations’ in the previous year. Two other sources of revenue were down on 2017, Membership subscriptions were down £40 for the year, and the raffles earned £40 less than in 2017.

The full figures can be seen in the report below. 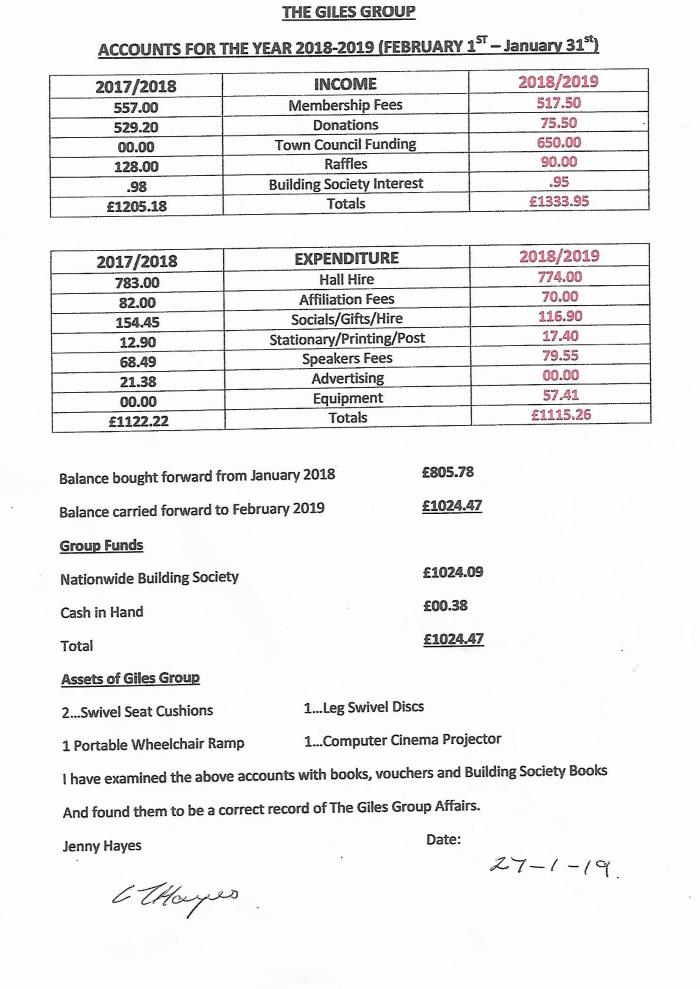 The funds carried forward into February 2019, the start of the Group’s next financial year were £1024, which should cover costs for the rest of the year.